Copyright: © 2017 Shah A. This is an open-access article distributed under the terms of the Creative Commons Attribution License, which permits unrestricted use, distribution, and reproduction in any medium, provided the original author and source are credited.

However, there are two common pathways to treat tooth sensitivity; passive and active. The former is a non-drug infusion approach, wherein subjects experiencing mild tooth sensitivity while conducting tooth whitening can follow this regimen by reducing treatment time, alternating days or even hold treatment until the sensitivity resolves. Active treatment of sensitivity involves the use of a desensitizing agent, and is more concerned with the management of moderate to severe tooth sensitivity. These agents either act via dentinal tubule occlusion or nerve depolarization. Dentinal tubule occlusion agents follow the hydrodynamic theory in which the tooth whitening agent causes increased pressure within the dentinal tubules, resulting in increased tubular fluid flow activating sensory nerves endings hence the pain sensation. Many agents are used to occlude dentinal tubules such as strontium ions, sodium fluoride, stannous fluoride, and sodium mono fluorophosphate. Their exact mechanism is not fully understood, but there have been speculations on the mode of action for each of the aforementioned.

Strontium ion is an alkaline earth metal with a molecular weight of 38; it is a common addition to toothpastes. Strontium is a soft, light silver or yellowish, highly reactive metallic element. It turns yellow when exposed to air. Strontium has physical and chemical properties similar to calcium and is considered stable in its natural state. The exact mechanism of action of strontium is not completely understood, but it is believed to act by obdurating the dentinal tubules through an accelerated decalcification of the dentin matrix [1].

Sodium fluoride is an inorganic chemical compound with the chemical formula NaF. It is a colorless solid and a source of the fluoride ion in diverse applications. When used as a desensitizer, sodium fluoride’s mechanism of action has always been a controversial topic. Some suggest that sodium fluoride acts on the enamel through formation of a calcium layer, thereby inhibition of tooth enamel demineralization caused by tooth whitening [2]. A more widely accepted explanation is that sodium fluoride blocks dentinal tubules through fluoride precipitation [3].

Stannous fluoride has the chemical formula SnF2. It is generally used in toothpastes, where it converts calcium mineral apatite into fluorapatite, which makes teeth more resistant to acid attacks. It is considered superior to sodium fluoride in terms of activity since it remains effective in strengthening tooth enamel while sodium fluoride did not [4]. Stannous fluoride desensitizes the tooth by forming a calcific barrier on the dentin surface [3].

Sodium mono fluorophosphate is an inorganic compound with the chemical formula Na2PO3F. It is odorless, colorless, and water-soluble. It is generally used in toothpastes, where it recently replaced stannous fluoride because of the latter’s ability to stain teeth. Sodium mono fluorophosphate acts to decreasing tooth sensitivity by interacting with hydroxyapatite and creating a barrier in the dentinal tubules causing a decrease in dentin permeability.

The use of tubule-blocking agents, including fluoride solution, proved to be effective with the management of dentin hypersensitivity and to some extent tooth sensitivity. A study by Armenio et al., evaluated the effect of 1.23% sodium fluoride on tooth sensitivity when used after tooth whitening. Thirty undergraduate students were randomly divided into two groups; both groups had the 16% carbamide peroxide custom tray tooth whitening treatment until a Vita Shade of A1/B1 was achieved. After each daily tooth whitening regimen, subjects were instructed to wear the custom-fitted tray containing with either the placebo treatment or a 1.23% sodium fluoride gel. The use of fluoride gel did not affect the whitening efficacy of the carbamide peroxide. No significant difference was detected between the groups receiving the placebo and the fluoride treatment in terms of tooth sensitivity experience (p>.05). However, subjects who received the placebo had higher intensity tooth sensitivity than that of subjects who received the fluoride (p<.001) [5]. Moreover, Giniger et al. assessed the addition of amorphous calcium phosphate (ACP) to a professionally dispensed 16% carbamide peroxide equivalent tooth whitening gel for its effects on tooth color and dentinal hypersensitivity. Fifty subjects were randomly divided into two groups; the control product was NiteWhite Excel 3 Regular (with no desensitizers), which contains 16% carbamide peroxide. The ACP-containing test gel used was similar to the control gel; however, the manufacturer reformulated the individual components of the gel to incorporate the calcium ion and the phosphate ion and maintain the gel’s shelf stability. Treatment was carried out for 3 hours/day for 14 days. They found that the addition of ACP to a 16% carbamide peroxide tooth whitening gel resulted in a significant reduction of clinical measures of dentinal hypersensitivity, both during and after treatment [6].

Researchers’ attention has previously been fixated on the use of tubule blocking agents to treat tooth whitening-induced sensitivity. However, tooth whitening induced sensitivity is believed to be related to the passage of hydrogen molecules through dentinal tubules and eventually the coronal part of the pulp. Tooth whitening-induced sensitivity commonly presents itself as generalized sensitivity to cold stimuli, but can also manifest as a spontaneous sharp shooting pain on a few teeth. While some authors have regarded teeth as pressure sensitive over a very high range of pressures, the most common sensation experienced is pain. Research has suggested the depolarization of sensory nerve activity as a treatment of tooth whitening induced sensitivity. Reducing the sensitivity of the sensory nerves to the fluid shifts within the dentinal tubules which normally produced painful stimuli would result in the nerves not firing because they would be unexcitable [7]. Many studies have shown the effect of different agents in reducing sensory nerve excitation. Some sodium compounds, including sodium citrate, sodium oxalate, and sodium bicarbonate, were suggested to be used in reducing sensory nerve excitation; however, their effect was insignificant, and it was concluded that sodium compounds are not suitable for desensitizing agents [8], in this study, along with sodium compounds other agents were tested.

The electrophysiological method to measure nerve activity was used to measure in this study. Animals were anesthetized with intravenous Sodium pentobarbital. Two preparations were established in the dentin. The first preparation was over the incisal pulp horn and the other was placed gingivally on the crown. A third preparation was also placed on the lingual surface for the administration of the experimental drug. The preparations were filled with isotonic saline and platinum electrodes were placed into each preparation in contact with dentin. The application of an 18% sodium chloride hypertonic solution was used as a means of establishing the baseline nerve activity. There was a 30 minute gap between testing different agents to allow the sensory nerve to reestablish baseline activity. Various concentrations of lithium nitrate were also tested, but it failed to show any significant effect on the sensory nerve activity. Aluminum ammonium sulfate caused a gradual decrease in the SNA, with increases in molar concentration. However, this decrease in SNA was unreliable, since there was a high degree of variability with the AI compounds. Ferric acetate showed the most promising reduction among the aforementioned, with an increase in molar concentration indicative of a dose response relationship. Ferric sulfate was found to cause tubule blockage since recording of SNA subsequent to its application was no longer possible. However, potassium citrate was tested and it concluded that potassium ion (K+) containing agents are the most effective in reducing SNA. This coincides with the hypothesis that sensory nerve reduction is caused by increasing the extracellular K+ concentration. Potassium ions presumably depolarize the nerve fiber membrane, eliciting an initial increase of action potentials. After the initial depolarization, the nerve fibers cannot repolarize due to the maintained high levels of extracellular K+ and thus a sustained depolarized state occurs.

Potassium nitrate is a chemical compound with the chemical formula KNO3. It is an ionic salt of potassium ions (K+) and nitrate ions (NO-). Mainly used in dentistry as a desensitizing agent, it is believed to reduce dental sensitivity by decreasing the ability of nerve fibers in the dental pulp to re-polarize after an initial depolarization due to pain sensation. Potassium nitrate desensitizing agent can be used in two ways; tray application prior to the whitening agent, and incorporation into the whitening agent gel. Both techniques showed promising results. With the tray application, it was determined that the application of 5% potassium nitrate prior to in-office tooth whitening significantly reduced tooth sensitivity without affecting overall tooth color. However, this protocol was time consuming [9].

There are various desensitizing agents commercially available in the market with different composition and in various forms. Desensitizing agents can be prescribed to the patients after teeth whitening procedure to prevent the problem of sensitivity. 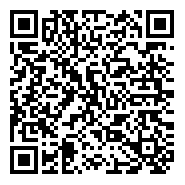