Copyright: © 2017 Ajayi A, et al. This is an open-access article distributed under the terms of the Creative Commons Attribution License, which permits unrestricted use, distribution, and reproduction in any medium, provided the original author and source are credited.

Objective: To review the literature, share information and our experience on this poorly understood disease especially as it concerns endometriosis and assisted reproductive technology.

Method: A review of the literature and our experience in managing infertile women with endometriosis was done and relevant information to the topic retrieved and reported.

Results: There are a variety of protocols advocated for assisted reproduction in infertile women with endometriosis. The long protocol with the prolonged down regulation appears to be the preferred method in women with good ovarian reserve as it results in better metaphase II eggs and embryos. Presence of endometrioma does not affect the outcome of IVF and so surgery must be indicated. Risk of disease progression is low. There also no proof that IVF influences risk of cancer of the ovary in women with endometriosis undergoing controlled ovarian hyperstimulation.

Conclusion: ART using the long protocol is an effective means of treating infertility in women with endometriosis. It does not increase the risk of disease progression or cancer of the ovary.

Endometriosis affects over 176 million women worldwide. It is also estimated to affect 6-10% of women of reproductive age. An incidence of 2.37-2.49/1000 has also been reported with a relative prevalence of 6-8% in the general population. There is a much higher incidence in infertile women. Twenty-five percent (25%) of patients undergoing ART are affected and 20-40% of these patients show ovarian endometriosis.

Endometriosis is often referred to by some as the ‘masquerade’ of diseases. It is an inflammatory estrogen mediated disorder in which endometrial tissue fragments grow outside the uterus. Although the cause remains unknown, there are many theories that try to explain its aetiology therefore it is also referred to by some as a disease of theories. Some of the theories include: Retrograde menstruation/ Sampson’s theory, coelomic metaplasia, lymphatic spread, spread via pelvic veins, surgical transplantation, induction theory, stem cell theory and activation of Müllerian cell at rest.

Retrograde menstruation is the most widely recognized and plausible theory on the genesis of endometriosis. It is based on the assumption that endometriosis is caused by the seeding or implantation of endometrial cell by transtubal regurgitation during menstruation (Exposure to menstrual debris). This is supported by the fact that blood is found in peritoneal cavity on laparoscopy during menstruation in 75-90% of women (altered peritoneal environment), this is more likely in women with stenosis of internal OS.

In terms of symptoms there may or may not be symptoms at all. The classical reproductive symptoms are:

For definitive diagnosis of endometriosis and visual inspection of the pelvis, laparoscopy is gold standard, unless disease is visible in vagina or elsewhere. Laparoscopy should not be performed during or within 3 months of hormonal treatment to avoid under diagnosis. An endometrioma which can also be seen at laparoscopy is a marker of more extensive pelvic and intestinal diseases. It contains tarry, thick chocolate colored fluid composed of hemosiderin derived from previous intra-ovarian hemorrhage. Histological conformation is however necessary.

Though no causal relationship has been clearly established, possible ways endometriosis leads to infertility include:

There are some adverse effects of endometriosis on pregnancy. A 30-40% increase in ectopic pregnancy. Preterm birth and Small for Gestational Age are also increased due to PGs, cytokines, IL 8 and adenomyosis. Haemorrhagic complications e.g. heamoperitoneum, spontaneous rupture or perforation of utero-ovarian vessels in pregnancy, decasualization of endometriosis and post-partum haemorrhage as well as miscarriages have been associated with endometriosis.

IVF protocols in women with Endometriosis

The debate about the best protocol is ongoing. The following are some proposed protocols for assisted conception in women with endometriosis.

• Prolonged Danazol or estroprogestin before IVF.

COH is equally effective with GnRH-agonist and GnRH antagonist protocols in terms of implantation rates and clinical pregnancy rates. However, GnRHa is preferred because of more MII oocytes and embryos [7]. The use of GnRH analog pituitary suppression with the so-called “long protocol” is the gold standard among the COH protocols. It should be used as the first line of treatment in women with good ovarian reserve. However, it is less effective in women with low ovarian reserve. Short protocol with GnRH analogue, should be avoided in these women because it results in lower number of oocytes yield when compared with the long protocol.

Another possible way to perform COH in women with endometriosis undergoing IVF is the use of GnRH antagonists (cetrorelix & Ganirelix), which help to avoid pituitary suppression. A recent publication on this issue made a comparison between GnRH antagonists versus long protocol with GnRH analogs, showing no differences at all [7]. However, antagonist protocol may be useful in patients where the suppression with GnRH agonists does not allow follicular recruitment.

Natural cycle IVF is another way assisted conception can be attempted in women with endometriosis. It involves collection of single naturally selected oocyte without COH. Possible problems avoided without COH include disease progression, poor responsiveness to hyperstimulation with poor IVF outcomes.

According to Surrey et al. and Sallam et al. separately, pretreatment with a GnRH agonist for 3-6 months before ART improves outcomes [8,9]. In a systematic review by Sallam et al., three randomized trials were examined to assess the effectiveness of a GnRH agonist for 3-6 months prior to IVF in women with endometriosis compared with no treatment prior to IVF. The GnRH agonist group had a significantly increased live birth rate. De Ziegler et al. also reported that 6-8 weeks’ continuous use of OCs maintains ART outcomes comparable with matched controls without endometriosis [10].

Hughes et al. reported no evidence of benefit in the use of ovulation suppression in sub fertile women with endometriosis who wish to conceive [11]. Benschop et al. also said medical treatment alone in the treatment of endometrioma-induced subfertility is not recommended because the cysts often recur [12].

Laparoscopic ovarian cystectomy is indicated for ovarian endometrioma 4 cm or more in diameter. This helps to confirm diagnosis, reduce risk of infection, improve access to follicles and possibly improve ovarian response. Cystectomy improves fertility compared to drainage and coagulation and reduces risk of recurrence because of non-excision of pseudo capsule in the latter. It is worthy to note that surgery may reduce ovarian reserve/function or lead to loss of ovary without improving cycle outcome therefore the need for carefusl selection of patients. Ovarian responsiveness in operated ovaries is reduced by about 50% [13]. Premature ovarian failure (POF) after surgery for bilateral endometriomas has been reported [14,15]. In 93 women who had IVF after operation for monolateral endometrioma, absence of follicular growth was seen in 12 cases (13%) [16]. Repeated surgeries should therefore be discouraged in women with endometriosis.

Benaglia et al. found no significant difference in the ovarian responsiveness to COH or the number of follicles retrieved between the affected and unaffected ovary in women with unilateral endometriomas [17,18]. It may therefore be agreed that the presence of ovarian endometriomas does not negatively affect IVF outcomes.

The table below attempts to guide decision for or against surgical intervention (Table 1).

The risk of expectant management includes missing a malignancy, endometriomas’ fluid contamination, pelvic abscess as well as progression of the disease.

Recurrence or progression of endometriosis after COH for IVF

Endometriosis is an estrogen dependent disease and COH increases estradiol concentration however according to D’Hooghe, cumulative recurrence rates are not increased after ovarian hyperstimulation for IVF [19]. Benaglia et al. [20] studied 48 women with ovarian endometriomas undergoing IVF comparing cyst diameter before and 3-6 months after IVF (Table 2).

Table 2: The effect of control ovarian hyperstimulation on size of endometrioma.

There was only one case of new endometrioma.

Benaglia also explained the increased risk of recurrence seen with IUI versus IVF on the basis of spontaneous ovulation (which is a risk factor for endometrioma) in IUI vs. preovulatory aspiration of ovarian follicles in IVF. It was concluded that ovarian stimulation is not associated with increased endometriosis recurrence.

Ovarian cancer is an estrogen dependent disease. Endometriosis increases the risk of ovarian cancer (3-8 times in a small study) but IVF does not influence this risk [21].

Endometriosis may impact negatively on fertility and IVF outcomes through various mechanisms. However, IVF remains an appropriate means of treating infertile women with endometriosis. The exact benefits of pre IVF treatment either medically or surgically must be carefully weighed. Protocols need to be individualized. IVF does not appear to adversely influence progression or recurrence of disease or risk of cancer. More research is needed to unmask the many remaining mysteries of endometriosis. 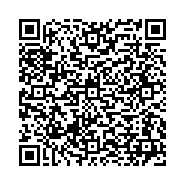